Over at Puck Daddy and a certain Toronto Maple Leafs blog there's been a heated topic over the subject of picking a team to root for. I find this really interesting, mostly because the reactions have been outrageously extreme. 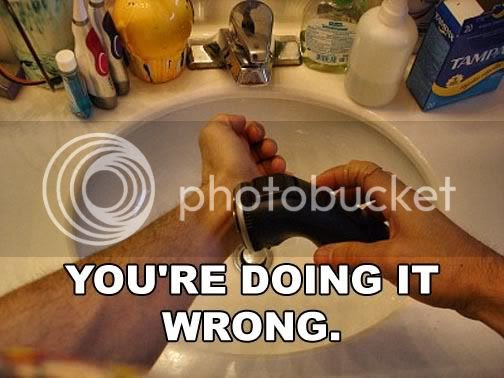 Now, I'm a Leafs fan, no doubt about it. Live in Toronto, go to games, hate people in Habs jerseys, etc.

However, when I was just a young lad my aunt moved to San Jose. When she left I told her I'd root for the Sharks for her. She's still living in California, I'm still cheering for the Sharks to win*. Plus I really liked Street Sharks as a kid.

I don't have to tell you how awesome this toy was

* The caveat is that if the Sharks play the Leafs, the Leafs must win. I was pissed when we blew a 2-1 lead to them last season. Sorry auntie, my team vs. your team, my team must rip Thornton's head off.

I should also say that there's a chance I'll be moving down to California in the future. In that eventuality I'll be buying a Sharks jersey. I'd still be a Leaf fan, and I'd show up in my colours whenever an Eastern team came to town, but at the end of the day I'm a big fan of teal too.

I can understand not really cheering for a certain team over another. With certain applications of modern technology I can stream just about any NHL game onto my TV, and when the season's on I don't care who's playing, I'll watch all night. Most days I couldn't give a damn if Colorado beats Columbus, and the team I want to lose is the first team that pisses me off.

I'm also just breaking into soccer (football). Right now I'm just cheering for my favourite player, Michael Ballack, after seeing him with the Germans in the World Cup. This makes me a de facto Chelsea fan, not bad because they have a similar colour scheme to my boys in blue, but a fact that makes me a little uncomfortable because I haven't developed any attachment to the history or city of the team.

With all that, I understand not really having a favourite team. While I think the people who get jerseys of divisional rivals sewn together are a little confused, I'm willing to grant that there are in fact degrees of fandom out there. Us in the Barilkosphere, most of us are die hard blue and white, but I can tell you right now most of the people I know who call themselves Leaf fans don't know the name Kulemin, or Stralman, they still think Owen Nolan is playing for us, and if they turned on the TV next season and saw Cujo in net they'll think he never left.

It's weird, but some people don't seem to take this hometown win or die sports fan thing very seriously.
Posted by Scott Baker at 12:13 AM

Woo street sharks!
Woo Chelsea!
I also confess to once having a SJ Sharks birthday cake because when your 9 Sharks are totally bad ass (they still are at 25 and my parents thought I would like it.

i'm a Man United supporter, but am a big Ballack fan. that goal he scored off a free kick in the Euro was simply spectacular. Chelsea has a great team.

i get your point tho. i know that if i move to, say, vancouver, while i'd still be a leafs fan and a leafs fan forever, i would become a staunch supporter of the canucks. it's all about geography and supporting the home team and feeling the vibe the city gives off when it's local team does well.

Silly Eyebeleaf. Now the Leafs' Inquisition I am going to set up to purge these people:

I know who call themselves Leaf fans don't know the name Kulemin, or Stralman, they still think Owen Nolan is playing for us, and if they turned on the TV next season and saw Cujo in net they'll think he never left.

has proof of potential treason.

Better Writers Than Me